3 factors that make a good coffee

Where did coffee come from ?

Coffee originated in Ethiopia and was said to have been discovered by the Sufi mystics while travelling in Ethiopia. Coffee appeared in the middle of the 15th century in Yemen’s sufi monasteries. Coffee then spread to Mecca and Medina then to Egypt and North Africa. It was then discovered by European traders in around 1573. In 1616 a Dutch merchant brought a coffee tree back from Yemen, this was the start of coffee cultivation around the world. The Dutch then started cultivation in Sri Lanka and Southern India but later focused on Javanese plantations, which spread throughout Indonesia. Within a few years Indonesian coffee had become world renown.

Coffee was introduced to Brazil in 1727 from Europe. Costa Rica coffee was directly imported into Costa Rica from Ethiopia in 1779 and growing was heavily encouraged by the government of Costa Rica. In Thailand the Thai government and the UN under crop substitution programmes in around the 1950s brought in varietals such as Typica, Bourbon, Caturra and Mundo Nuovo started to appear in these region producing some remarkably good quality international level coffee that is till today relatively unknown. Later on the Thai government encourage the growth of Catimor beans because of its resistance to “rust” a coffee plant disease. The infographic on the next page shows us the historic distribution of Arabica coffee around the world.

To keep it simple the 3 major branches in coffee are Arabica and Robusta. The coffee you are tasting today Coffeea Arabica. However as you can see below there are many varietals within Coffeea Arabica. The infographic below has simplified some of the main coffee varietals that we consume today.

We will break the growing process into 3 parts. The actual growing, picking, processing. In the growing stage factors such as soil, heat, elevation, surrounding plants, how the plant is planted and cared for all have a part to play in the plants growth. Just like with wine and olive oil, picking the coffee cherry at different stages can produce a vastly different coffee. It is a general rule that red cherries are the berries that are ripe and ready for picking.

There are two types of processing methods include, dry, semi wet and wet. The dry process is also known as natural process. The coffee beans are sometimes machine dried and or left in the sun to be dried, this could take up to four weeks. The semi dry process or semi washed involves wet grinding in which the skin of the coffee. Cherries are mechanically removed by a pulping machine and then they are allowed to be dried in the sun. Dry process usually results in a smooth and heavy bodied brew. The wet process involves washing the pulp of the coffee cherries to reveal the coffee beans. There is ferment wash method in which the pulp is broken down by microbes when the cherries are fermented. The cherries are then washed to separate the coffee beans from the pulp. The other method is machine assisted wet processing, where the cherries are mechanically scrubbed until they break apart and the coffee beans are released. Wet processed coffees usually create a more fruity essence.

How coffee is roasted makes a great difference on the flavours one can taste. Different brew methods require different levels of roast. The infographic helps us in understanding the different types of roast levels based on drop temperature and crack level. Coffee beans make an audible “crack” sound during roasting, indicating different levels of roast. Type of roast level used depends on brewing technique also individual preference. For example espresso roast is used in espresso mainly and full city for pour over.

However each bean behaves differently and there are no fixed recipes out there for all the types of beans in the world. Hence the skill of the roaster plays a major role in the way the coffee tastes. Factors considered by the roaster are such as, what temperature to start the roast, when to apply greater or less heat during the roast, airflow control and lastly when to drop the beans. Roasting is an art by itself and various techniques have been created by roasters to coax the best out of the bean.

The same roasted bean can taste very different when brewed differently. This is something that requires hands on experience and a whole book can be devoted to just this topic but essentially the main variables for brewing are, brewing method, grind size, water quality, water heat, speed of pouring (for pour over), length of time for brewing, not to mention pouring technique (for pour over). The image below summarises some of the main brewing techniques used today.

Below are flavour notes that we can try to identify from our coffee. Generally the sign of a properly roasted coffee is that it is not overly roasted, that it takes on a burnt taste and not under roasted where it may have an earthy taste. A balance roast from a good quality coffee bean should be able to accentuate the aromas of the coffee such as floral, fruit, chocolate etc. Use the coffee wheel below to try to describe the aromas you get from your coffee.

3 factors that make a good coffee

5 easy steps to help you make a good pour over at home. 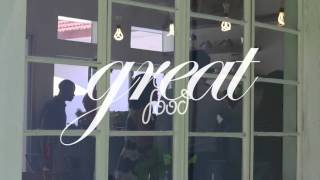